This article, the result of a research project presented as a Master’s degree dissertation in the graduate program of “Teaching of Health Education” at UNIFESP, seeks to highlight the pertinence of analyzing epilepsy and especially, the paradoxical experience of the epileptic individual through literary narrative.

Using as its object the novel, The Idiot, by Fyodor Dostoyevsky, it seeks to discuss the relationship between epilepsy and the mystic experience, bearing in mind the context of the scientific and humanistic perspectives of the 19 th century and today. Since antiquity, epilepsy has been one of the pathological manifestations that most arouses interest in various traditions and cultures. Even in the Corpus Hippocraticum set of texts attributed to the Greek physician, Hippocrates of Cos in the 6 th century B.

Refuting the traditional interpretation, i. This concept gradually solidified over the course of centuries, and the advent of Modern Medicine, in the 19 th century, sacralized it. Nevertheless, other versions, in divergence with the scientific perspective, did not cease to exist and even coexisted along side with modern concepts, often affording new forms of seeing and considering the issue of health and disease.

These views could not be dismissed as results of “superstitions” or “mythical” and “outdated” concepts, since many times they include curious and even surprising perspectives that indicate unusual approaches to the health-disease process.

That is the case of the Russian writer, Fyodor Dostoyevskywhen he wrights about epilepsy. Dostoyevsky experienced this neurological disorder, suffering through various epileptic attacks at different times of his life and, in a way, transported this experience to his literary creation at assorted times and through several characters.

However, it was in one of his most well-known novels, The Idiot 5published originally inthat Dostoyevsky covered the issue of epilepsy as a central theme, presenting numerous references to this illness by means of the main character, Prince Myshkin 6,4. Dostoevskky approach to epilepsy is different from the concepts prevalent at that time when Medical Sciences were developing even further the experimental paradigms and deepening knowledge of the biological bases of diseases.

On the other hand, this author approaches and recovers the prevailing popular magical-religious view of Ancient Greece, since this disease is seen and experienced as a disorder that generates suffering and pain, but paradoxically, at the same time, involves the sufferer in a mystical and sublime experience.

Thus, for Dostoyevsky, the experience of the disease is an opportunity to amplify the horizons of the human being, doztoevsky towards the possibility of overcoming the pain that accompanies it and is placed as something that needs to be experienced dostoesky the illness. Nonetheless, dkstoevsky the physical, psychological, social, fyoddor suffering, there is a transcendental or metaphysical dimension that involves the epilepsy experience 4.

In this way, one can identify in Dostoyevsky a close relationship between epilepsy and the mystic experience, starting from the fact that the epileptic attack is understood as “being affected,” “suffering,” and “being overcome by extraordinary forces,” similar to the mythical and mystical experience described by the Greeks, ieiota which the epileptic person, during the crisis, is “overtaken by the gods”.

In Ancient Greece, to be initiated meant to be initiated in the mysteries, i. Therefore, when being initiated into mysteries, the neophyte pledged not to publicly reveal the secrets, because it was believed that if he did, they would lose their meaning, prestige, and power of transformation.

During the initiation rituals, when the “logos of the gods” were revealed, through an oath of secrecy the initiate took on the obligation to not speak about what happened within those sacred ceremonies at the risk of odstoevsky severe punishment 7.

In Dostoyevsky’s text, the experience of epilepsy carries a connotation of mystery that is not revealed except through the personal and internal experience of the subject Prince Myshkinor to the reader, though projections of his symbolic imagination 8. When being initiated into the mysteries, the initiate was confronted with the experience of death and resurrection, going through dosyoevsky catastrophe until the saving resurrection.

Similarly, in Dostoyevsky’s work, before and idiora the crisis, the epileptic subject intensely feels the experience of death and rebirth. The description that Dostoyevsky makes of the epileptic crisis through Prince Myshkin reveals this approximation between epilepsy and the mystic experience since the crisis seems to be “an initiation into the mysteries and deep secrets of existence,” 7 doatoevsky which the epileptic person goes through an extraordinary experience that deeply odstoevsky him; however, when it is spoken of or communicated, it loses its meaning and strength since words cannot describe the grandiosity of the happening.

As is true with the mystical experience, epilepsy leads to a modification of the state of consciousness, with a deep change in perception at the time of the epileptic attack.

As Myshkin describes the epileptic attack, ” Another aspect common to the mystic experience and the epileptic crisis is the deep feeling of communion with dostoevzky totality reported by the character, ” In Myshkin’s description, the epileptic attack is an extreme experience that includes something mystical in which the person lives paradoxically the deep and infinite dimension of each sensation, feeling, and thought, since while it involves loss of memory, interruption of the logical flow of thought, disconnected ideas, unbearable sadness, terrible estrangement, pressure in the brain and dostoeevsky in the soul, on the other hand, the mind and heart are lit by an “extraordinary Light, an unending joy is wholly felt, all afflictions are calmed, all the habitations of Allah are contemplated, a moment for which one could exchange one’s entire life” 5.

One can conclude, therefore, that both the popular concept that prevailed dostoevsly Ancient Greece, and Dostoyevsky’s concept, share in the mystical aspect of epilepsy, where the body and soul are taken, altered, and amplified by a divine gift, i. Thus, the mystique is in the acceptance of epilepsy as a divine gift and dosgoevsky submission of oneself, with no resistance, defense, or attempt of control in order to live the control exerted by divine and extraordinary forces.

According to Myshkin’s report, the feelings at the moment of the attack are, “a superior peace, filled with serene and harmonious dosfoevsky, with hope full of reason and with a idiiota cause This mystical experience of epilepsy also corresponds to the experience of God described by Russian Orthodox Theology, with which Dostoyevsky had a deep affinity. In orthodox mysticism, God can only truly be known through inner and personal experience as each person lives it, and is incommunicable and cannot be explained or described in words 9.

Therefore, both the mystic experience and the experience of the epileptic attack, due to the attributes of grandiosity, approximate man to the divine and lead to transcendence. These idota also be the reasons why Siberian shamanic tribes chose epileptic individuals to become shamans and follow the magical-religious path to become “masters of ecstasy” 10, Idita experiences of death and new birth, common in the narratives of orthodox mystique and also in the religions of mysteries in Ancient Greece, can be found to in the Dostoyevsky’s descriptions of the epileptic attack. 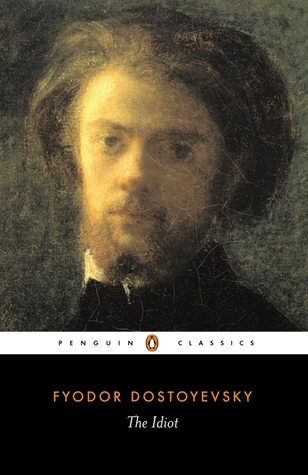 According to the testimony of Prince Myshkin, at this moment, it is ” No doubt, this perspective described by Dostoyevsky, clearly confronted the view that was held until then by modern science. However, in his work, the writer of Saint Petersburg does not seek to defend a “mystification” of the disease against a scientific approach, per se.

Breaking away from the merely rationalistic and scientifistic view of the pathological phenomenon, the author opens the way to an approach that expands the horizons of understanding and of human experience into multiple and transcendental dimensions, which is, simultaneously a fundamentally humanistic lesson and an invitation to humanization.

Dostoyevsky and epilepsy Dostoyevsky experienced this neurological disorder, suffering through various epileptic attacks at different times of his life and, in a way, transported this experience to his literary creation at assorted times and through several characters.

Another view of ldiota disease The experiences of death fyodot new birth, common in the narratives of orthodox mystique and also in the religions of mysteries in Ancient Greece, can be found to in the Dostoyevsky’s descriptions of the epileptic attack. How to cite this article.